The Plumbing has been in business since 1978

Central Heating Through The Ages

Central heating through the ages

It’s hard to imagine the thought of living without central heating as it is considered bare basic essential in every house in the developed world. You might find it hard to believe that there was a time in history that reliable and effective central heating did not exist! Taps-on Plumbing has provided central heating installation Bristol for a number of years and take great pride in offering the latest in central heating technology which once upon a time was unthinkable. With autumn well underway, we have started to turn our radiators on due to the drop in temperature, in fact, the 1st of October is known as radiator day!

As we brace for the cold season and start to rely on our central heating to keep our homes warm and comfortable it’s very interesting to look back on the fascinating development of central heating as a concept through history. 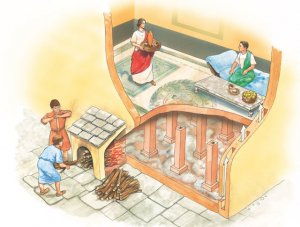 Humans have always relied on fire and heat to survive since time began but the most tangible starting block for what we know as central heating can be traced back to ancient Greece. The Greeks and Romans used furnaces to heat the air which was then channelled to different rooms via underfloor piping networks, these were known as hypocausts. This design was more reminiscent of today’s warm air heaters as opposed to boilers but it represented a promising start for things to come.

Unfortunately, as the Roman Empire fell, so did the expertise and knowledge of hypocausts engineering. Over the next few years this loss of knowledge resulted in the world regressing back to primitive forms of heating such as open fires. Today, if you are looking for central heating installation Bristol, Taps On Plumbing would be able to deliver a wide range of central heating options whereas back then, the only source of heat available at the time would be a smokey, smelly fire. 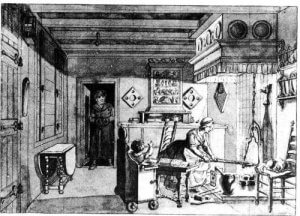 Up to the 19th and 20th centuries, room fires remained the normal method of heating. The industrial revolution in Britain saw a popularity of chimneys as a way of filtering out the smoke emitted by these fires. This point in history also saw the widespread use of steam power and water heating as a means of central heating for hospitals and places of work. Up to this point heating usually relied on a hot air method, ie. a fire or furnace would heat up air which would then carry the heat around an area. Engineers realised that water held heat much longer and could transport it greater distances before it cooled. This gave way the concept of modern central heating as engineers soon harnessed the technological strengths of the time to design a system where heated water would be pumped through pipes to heat emitting objects in order to warm rooms. This was a significant step forward because heated water gave people more control and regulation over their heating. 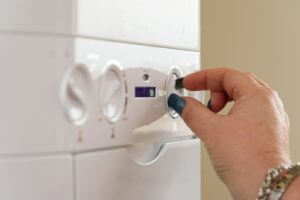 Today there are now many different types of central heating systems on the market but boiler to radiator model remains the most popular type. Of course, there have been many improvements in terms of energy efficiency and materials which themselves have perfected the concept of the boiler.

The clean air act of 1956 prohibited the use of smoke emitting fuels and by the 1960s boilers were burning clean mains gas which added an extra degree of control and responsiveness to heating. We specialise in central heating installation Bristol and although we have witnessed a steady popularity of alternative energy methods like ground/air source heat pumps, the traditional boiler model is by far the most popular choice. 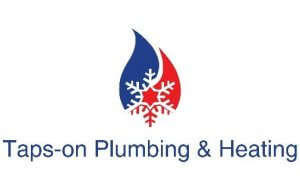 Since the start, the team at Taps On Plumbing have been dedicated to providing the safest and easiest central heating installation Bristol.

You can enjoy peace of mind when using Taps On Plumbing as we are Checkatrade certified, Gas Safe approved and insured for up to £2,000,000.

If you are looking for friendly, considerate and reputable central heating installation Bristol, you need Taps On Plumbing. Visit our website to make an enquiry or call Dev on 0117 911 8053 today.

Laurence is a content writer and marketing manager for Taps On Plumbing. He helps publish regular content and insights for customers and industry personnel.